We are sure most of you have had the opportunity to watch the Grand Designs episode that features Tom Raffield’s unique Cornish home which aired in 2016 to a rapturous response.

The furniture designers bought a gamekeepers lodge, set in six acres of woodland on the Trevarno estate in Cornwall, southwest England, where they also run their business. As the family grew they knew they couldn’t remain in the 44 sq meters of grade II listed cottage, which had no central heating, bathroom or toilet. With a long-held dream to build their own home and knowing their budget would be limited they began storing and preparing wood from their land soon after they moved in.

Determined to save as much money as possible the couple were ‘bent’ (excuse the pun) on saving as much money as possible in order to stick to their ambitious 100k budget. Undertaking as much of the work themselves and after putting in months of late nights and weekends, things came to an unexpected halt for Danielle when she became ill during her third pregnancy. Incapable of putting in the hard labour and hours Danielle was frustratingly forced to take a step back from the laborious aspects of the project.

During the filming of the program it was wonderful to see the couples’ business take off, which in turn, offered them the opportunity to get more funding for the project. Able to extend their budget by 60k, this allowed them to undertake some vital landscaping and other finishes that wouldn’t have been possible. Yet it’s still an incredible achievement to see what they have created for the money they have spent.

It’s easy to see why this was a favourite with both viewers and Kevin McCloud. They have created a truly bespoke, unusual and frankly beautiful eco-friendly home that immediately looks at one with its surroundings and they should certainly feel very proud of themselves.

Tom and Danielle’s considerable talents and financial nous no doubt took this project to a level not many would be able to achieve. With a mutual love of design, the couple ended up with a home that is effortlessly cool yet warm and inviting.

The beauty of this house really showcases the beauty and versatility of wood and all it has to offer.

Definitely an episode to look out for if you haven’t already seen it.

Why we do what we do.

Welcome to the team! 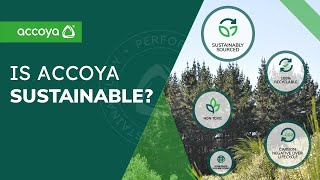 There's a reason why more and more people are using Accoya...

Under the Stairs – It doesn’t have to be boring!